A deep appreciation for the outdoors, for people and for problem-solving united Darren O’Mahony, Paul Dunlop and Ciaran Doherty when they were colleagues at Glover Site Investigations in Northern Ireland. So when Glover liquidated in the wake of the global financial crisis in 2011, their strong working relationships saw the trio reunited again in a new, fledgling company that was set up to target the same market.

As a result, Causeway Geotech entered the world in January 2012 with just eight staff members and a commitment to quality. The team had developed considerable market knowledge and knew that a focus on people and the core business would drive success. That success has been swift and steady: Just 10 years later, Causeway employs 100 people and operates more than 20 drilling rigs,  serving customers across Ireland and Great Britain. It has become the largest ground-investigation contractor in Ireland and is among the top 12 across the United Kingdom.

“Fundamentally, we believed in ourselves,” Paul said. “We’ve avoided taking shortcuts and focused on quality. We’ve invested heavily in our people with training, great benefits and a priority on quality of life.”

The fact that Causeway employs its staff is a differentiator in a sector where it’s the norm for companies to rely on subcontractors.

“It’s all about accountability and empowering our people,” Paul said. “Clients want to know we’re in control of quality, health and safety.”

Causeway’s founders each come from different academic backgrounds — geology, environmental science and civil engineering — which reflects the diversity of both the sector and the company. They have challenged themselves and encouraged their workforce to challenge themselves as well, pushing the boundaries and never shying away from complex projects, Darren said.

“What I have learned is that we are a capable, adept outfit with a loyal staff who are technically proficient and skilled to compete with the purported market leaders,” he said. “Our position as something of an underdog is something we have embraced and used as a springboard to disprove the doubters.”

Now, poised to build on its land-based business with marine work that includes offshore wind projects, Causeway has become part of Sealaska’s ocean-health business platform, Woocheen. The merger expands Woocheen’s global capabilities and enables Causeway to bring its expertise to the rest of the world. Joining with such a like-minded organization also reinforces Causeway’s commitment to its values of integrity, communication, honesty and responsibility.

“Causeway Geotech has proven itself as a company that maintains tremendous integrity and quality while sustaining steady growth,” said Terry Downes, Woocheen’s CEO. “Causeway is perfectly aligned with our aim to build a global organization where skilled people with a passion for our oceans have the freedom and support to do incredible things.”

“We have always felt passionate about retaining our core values and being a place where each team member is a unique personality and not a mere cog in the chain,” Darren said. “The Sealaska approach felt different from the very first conversation with Terry. This very much felt like a perfect fit.”

Ciaran emphasized the important role Causeway’s employees have played — and will play — in the years to come.

“Setting up Causeway and growing it to be the company it is today has been very challenging at times, but with the hard work and dedication from our employees, it is now a strong and stable company, seen as the leader in ground investigation in the Irish market,” Ciaran said. “We feel that Sealaska, given its origin and history, shares many of the same values as ourselves — trying to give opportunities to people to make a good living for themselves and their families, rewarding hard work and respecting each other. Many of the employees in Causeway I would regard as friends, and I see this as an opportunity to reward and thank people for their hard work and effort to date.”

“Sealaska’s vision is hugely exciting, and to be part of the journey is a position of privilege,” Darren said. “The prospect of our people collaborating with other industry leaders on the global stage is an opportunity rarely afforded to peers in our sector, and it’s an opportunity we shall embrace. Our marine ground investigation capabilities will be expanded, and our ability to move from nearshore to offshore waters will be developed to increase our market share in the offshore wind sector while continuing to serve our customers on land.”

A shared reverence for land and sea

As an Irish company that springs from centuries of connection to – and reliance on – land and sea, Causeway appreciates Sealaska’s Indigenous heritage and commitment to careful stewardship of oceans, forests and communities. Many of Causeway’s people come from rural areas that are home to multi-generational businesses.

“We have fathers and sons who are working in the business,” Paul said. “You get that generational repetition, largely because of where we’re from.”

Darren grew up on the edge of a forest in Donegal and developed an early affinity for the outdoors, forests and farming.

“My working life was always going to see me immersed in the natural world,” he said. “The ground investigation industry is the perfect fit for somebody who likes the more applied discipline of geosciences, coupled with an appetite for traveling, an appreciation of the outdoors, and a soft spot for heavy plant and machinery.”

Causeway’s offices occupy a historic, 18th century building that was one of the largest linen spinning mills outside Belfast. The mill spurred development of the village around it and served as the heart of the Balnamore community for hundreds of years.

Ireland’s current focus on restoring natural ecosystems and embracing renewable energy is also a great match for Woocheen’s vision to restore wilderness and biodiversity and to derive energy from clean, sustainable sources.

Building a business with both land and overwater ground investigations smooths out episodic, short-term jobs and enables a continuous workstream that fully uses company resources, Darren said. It also enables Causeway to handle the full range of needs for clients who would otherwise have to hire multiple companies.

“An additional benefit is that we can rotate our crews when working on overwater projects, which allows for more time at home and mitigates the personal stress and strain of the long working hours in isolated locations that often come with marine work,” he said.

One example of Causeway’s unique value involved work it did on the Isle of Lewis, Outer Hebrides, where the Stornoway Harbour Authority needed insights to inform the design of their Deep Water Terminal. The multi-purpose facilities at Deep Water Terminal will provide a berth for vessels up to 360m long with a water depth of 10m below Chart Datum, a ferry berth, and 6.5 hectares of land for unloading, storage and industrial uses.  It will perform the function of a new facility to support future offshore renewable energy developments, while also maintaining a parallel function in tourism and leisure as a cruise ship terminal, bringing passengers to this remote part of the Outer Hebrides.

Causeway scrutinized the ground conditions, testing and sampling soil and rock on land and under water, and helped refine construction design through several phases of work.  Multiple boreholes were drilled by a combination of methods, with jack-up barges used to provide an overwater working platform above the often wild Scottish seas. Site conditions were often challenging, at times with the inner harbor freezing over while teams worked on a remote Scottish island in the depths of winter. And the ground conditions were complex. It was “just the type of project we relish,” Darren said.

Also noteworthy was the high degree of collaboration on this project, Darren said, with strong relationships and trust built among all parties from an early stage.

“Trust is of paramount importance,” Darren said. “That trust comes from within to begin with, and once in place it then extends beyond the threshold to bolster unbreakable working relationships with clients.”

“We want to be at the forefront of the ground-investigation sector, not just in Ireland and the UK, but on the global stage,” he said. “The extensive support, sector experience and leadership that the Sealaska merger will afford us will let us realize those aspirations.”

Report to Shareholders: Sealaska Board of Directors Meeting July 28-29

The Sealaska Board of Directors met on July 28 and 29 to discuss investments, business momentum and review financial statements. The board continues to meet via a hybrid model, with some board members appearing in person and others via video call. Global and US economies face many difficult issues this year – most importantly, high … 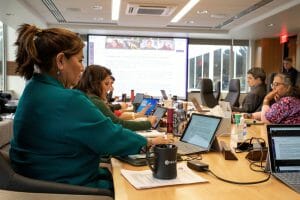 Program Honors Students with Academic Achievement and Leadership Skills Sealaska Heritage Institute (SHI) has chosen a Ph.D. student with a focus on Alaska Native sovereignty as the recipient of its 2021 Judson L. Brown Leadership Award. The honor was given to Tlingit scholar Breylan Náajeyistláa Martin, who holds a master’s degree from Brown University and is …

Shows support for proven leaders with a history of advocating for Alaska Native people The Sealaska Board of Directors today endorsed Bill Walker and Heidi Drygas for Alaska Governor and Lieutenant Governor, Sen. Lisa Murkowski in the race for U.S. Senate and will oppose the ballot measure that would initiate a constitutional convention in Alaska. … 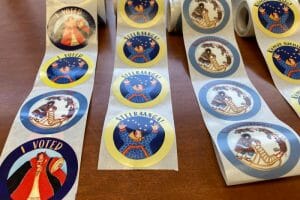 Today, Alaska Governor Mike Dunleavy signed House Bill 123, the Alaska Tribal Recognition Act – legislation that generations of Alaska Native advocates have worked tirelessly to bring about. This specific piece of legislation was sponsored by Representative Tiffany Zulkosky of Bethel and championed by Alaska Native leaders from around the state, including Sealaska’s board of directors. … 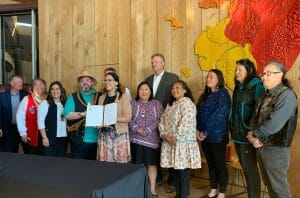 “It’s never too late to follow your dreams!” This summer, look for stories from some of Sealaska’s scholarship recipients. Each student is on a different path, with diverse personal, academic and professional goals. Sealaska believes in their dreams. By helping to further the education of these future leaders, we are investing in our people’s shared … 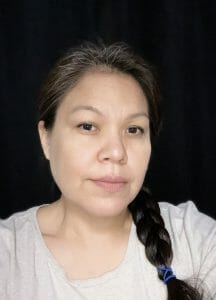