Many shareholders are asking about Sealaska’s CARES Act funding, and how the $4.2 million amount of its allocation was determined.

The U.S. Department of the Treasury created the formula for how CARES Act money was allocated to tribes and Alaska Native corporations (ANCs). The most important thing is that Alaska Natives in Southeast Alaska are receiving additional support at a crucial time.

Sealaska is working out the details of how the $4.2 million allocation will be distributed to benefit our shareholders. We know this has been a difficult 18 months and that many are still struggling. Additional information about our distribution plan is coming soon. Please keep an eye on your email, our social media channels and MySealaska.com for more information.

Here are the most important factors associated with our allocation, with details on each below.

The formula favored tribes and ANCs that provide housing services

Because tribes are the primary administrators of Native American Housing and Self Determination Act (NAHASDA) services in Southeast Alaska, they received the bulk of the funding through Treasury’s CARES Act formula. The housing formula uses the population served by that tribal housing provider. We do not have a service population through NAHASDA because that population is served by Tlingit & Haida Regional Housing Authority. This connection to housing services was the largest factor in the formula, and Sealaska received no funding in this category, which significantly impacted our total.

Funding flowed to our region to benefit our people – it just flowed primarily through tribes rather than through Sealaska. Some have asked why CIRI and Doyon received so much more than Sealaska. The reason is that in their large population centers, they provide more of the housing-related services in their regions.

Our shareholders, most of whom are also tribal citizens, are eligible to receive CARES Act funding through their tribes and village corporations. Tlingit & Haida, Goldbelt, and others have their own programs underway now.

The Treasury Department formula used employment as a factor in its formula. Sealaska has close to 1,000 employees. While that is a significant increase from a few years ago, Alaska Native Corporations with more than 1,000 employees received more CARES Act funding than Sealaska did, all else being equal.

Our application was complete and timely

Sealaska worked closely with the Treasury Department to submit its application, participated in informational webinars and maintained close communications with contacts from the department to ensure our application met all the requirements.

Support for Healing of Domestic Violence Sealaska’s board of directors recently approved a $25,000 contribution in support of the creation of a totem pole that will serve as a monument and acknowledgement of the healing journey undertaken by women and children as they move from abusive family circumstances to healthier ones. The totem is being …

Sealaska shareholders and followers of Sealaska social media channels were asked a simple question about a month ago: “Tell us how blood quantum impacts you.” During a lunch-hour Zoom and Facebook Live event on Wednesday, Oct. 13, Sealaska shared some of those answers. The event also provided background information on the different classes of stock currently available in Sealaska, and the eligibility …

Sealaska will begin accepting applications for its CARES Act distribution in partnership with the Central Council of the Tlingit and Haida Tribes of Alaska on Monday, Oct. 4. We have compiled the following answers to questions we’ve received so far. Do you have a question that isn’t addressed here? Email us at sealaskacares@ccthita-nsn.gov. We’ll update …

Sealaska and Tlingit & Haida have received thousands of applications already today for the $500 benefit available through our joint CARES Act distribution program.  There was a period of time this morning when the online application was down. It has been fixed now, so if you tried unsuccessfully to apply earlier and received an “error” message, please try again.  … 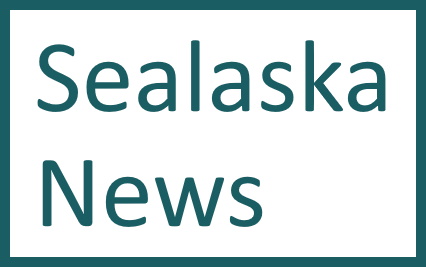 Sealaska is teaming up with the Central Council of the Tlingit & Haida Indian Tribes of Alaska to distribute its $4.2 million in Coronavirus Aid, Relief and Economic Security Act (CARES Act) funding from the federal government to eligible shareholders. The application will be live beginning Monday, Oct. 4, 2021. Tlingit & Haida has generously contributed an additional $1.8 million to make the total benefit available to Sealaska …

Sealaska will mark September 30, the National Day of Remembrance for Indian Boarding Schools, with its support for a day of events on Thursday, Sept. 30 in Juneau to raise awareness of the legacy and trauma of the boarding and residential school systems in the United States and Canada.  Also known as “Orange Shirt Day,” the day originated in …